BIORISI S.r.l. is an innovative start-up born in January 2019 from the incubation of a large Argentine company based in Buenos Aires and named Oil Fox s.a.(http://oilfox.com.ar).

The cooperation of italian technicians, which now have joined BIORISI S.r.l., produced an international patent from Oil Fox s.a. about technology and production of spirulina’s algae..

The technicians of BIORISI hold all the technological skills, so BIORISI decided to start the construction of its own plant, in connection with Oil Fox s.a., for the production of Spirulina for feeding purposes.

The The international patent was registered in Buenos Aires (Argentina) by Oil Fox s.a.pursuant to the Paris Convention of March 20th 1883, with validity in 173 countries, the 19th of February 2016 by the number AR070504B1. The patent’s use was granted to BIORISI in territorial exclusivity.

In January 2019 BIORISI was constituted as a srls company. Once it received the license for the use of the Oil Fox patent, it was able to register in the special register of companies of innovative start-up; lately, the 12th April 2019, the company took on the definitive and current form of company as srl.

The main goals in the long period are:

BIORISI has a qualified, young and motivated team that works in the field and keeps its technical improving through a permanent training cours by the Oil Fox’s international technical structure. The young BIORISI team works under the direction of a Manager with high professionality and experience: - Engineer – Master’s degree in technological innovation – Scientific and Technical Direction, Project Management and operative engineering of the company, evaluation of investments, transfer of his own technological know how in to the implementation of the project and in offshore plants, internationalization. The Director has over 30 years of experience in planning and management in industrial and civil engineering. He already planned and managed the works for the construction of the plants in Colombia and Nicaragua. In the Oil Fox International Group, he is the responsible of the planning, realization and optimization of the plants with Oil Fox technology.

The Oil Fox International Group is an international team of experts that supports the productive process of the plant in Lamezia Terme by an online consultation 24h. It checks the production parameters suggesting solutions and problem solving skills. 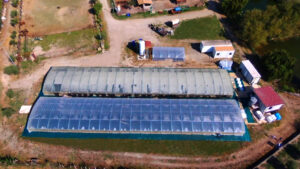