The activity of BIORISI received in December 2019 the award "CEF - Call for the Economy of Francesco" - Competition for innovative "Ideas" and "Projects", conceived in Calabria and oriented to the social economy, in the wake of the magisterium of Pope Francis - established by the Calabrian Episcopal Conference with the technical and scientific support of the University of Calabria, University of Studies "Mediterranea" of Reggio Calabria and University "Magna Græcia" of Catanzaro. 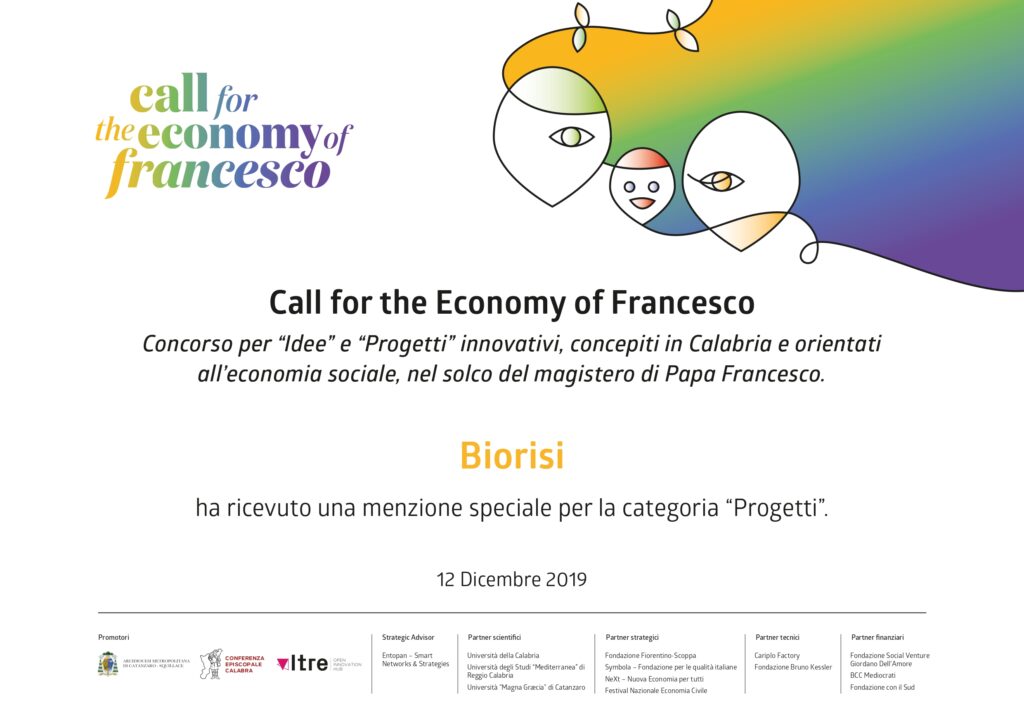 BIORISI, from August 2020, is the host subject of a young Nigerian woman for the development of a fornative internship within the INCIPIT Project - Calabrian initiative for the identification, protection and social inclusion of victims of trafficking - promoted by the Social Cooperative "Il Delta" of the group headed by the Association ONLUS Comunità Progetto Sud of Lamezia Terme.

BIORISI operates in compliance with its own Code of Ethics which, among other things, provides for a free contribution of at least 2% of its product for initiatives aimed at combating malnutrition in developing countries, the support of social initiatives and environmental protection, the progressive orientation of its production towards minimizing environmental impact and organic certification, redistribution of part of the profits to its employees, working conditions that respect the legality and welfare of its workers.

“THERE ARE PEOPLE IN THE WORLD SO HUNGRY THAT GOD CANNOT APPEAR TO THEM EXCEPT IN THE FORM OF BREAD.”
-Mahatma Gandhi 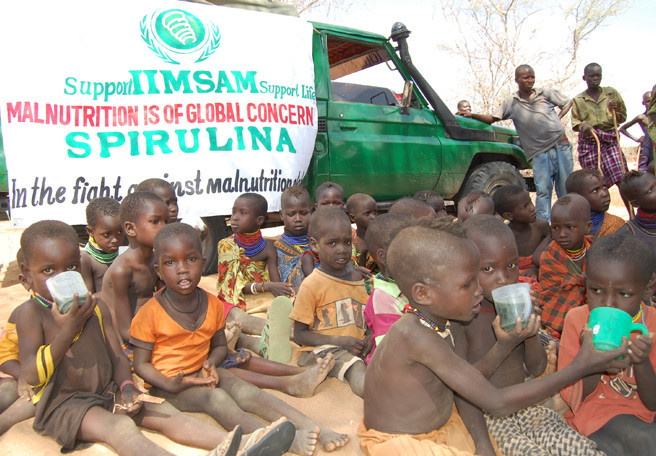 The UN recognizes spirulina as the only food supplement capable of fighting human and child malnutrition.

With its resolution, the UN has established the IIMSAM.

IIMSAM Intergovernmental Institution for the Use of Micro-Algae Spirulina Against Malnutrition.

To produce the same amount of protein, spirulina cultivation uses: